Fiovă, IPA: [ˈfi̯oːvɐ], also known as La Provinçù Liveradă da Fiovă, pronounced [lɐ prɔvɨnˈsu lɪvɛˈɾaðɐ ðɐ ˈfi̯oːvɐ], or The Free Province of Fiovă, is the 8th Province of the Realm. Established at the culmination of the Reunision of the Talossan people as the home Province for the former citizens of the Republic, it was formed from territory ceded by the Provinces of Maritiimi-Maxhestic and Maricopa which hosted the reviênsadéirs from 20 April 2012/XXXIII until the drafting and promulgation of the provincial Constitution and the Royal Proclamation on the 1st of June 2012/XXXIII, eight years after the founding event of the Republic.

The Province of Fiovă was formed from territory ceded by Maritiimi-Maxhestic and Maricopa. It is 359.4 acres in extension. It made up of two Cantons:

Las Înaltans Maxhestic is divided in 4 counties limited by Clybourn St, Milwaukee St, Van Buren St and Jackson St. This canton is made up of 49 townships.

Fiovă is bordered to the north by Maricopa and to the east by the Maritiimi-Maxhestic. To the west and south it is bordered by the Manaweg (Milwaukee River). 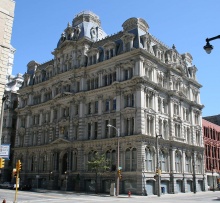 Politics in Fiovă takes place in a framework of direct democracy, where the General Assembly of all citizens holds supreme power. In a true hommage of the Republic, Fiovă makes it easy to every citizen to submit discussions and proposals in its board.

The Constitution of Fiôvâ established in 2021 that three members shall make up the Praisidïeu, a standing committee whose function is to submite legislative proposals to the General Assembly.

The Prâisideu choose a Chair to give the honorable title of Capitàn.

The Provincial Túischac'h is the Chair of the General Assembly and is in charge of carrying out the Standing Orders.

All roles described in the Fiovăn Constitution are subject to approval by the General Assembly at all times. 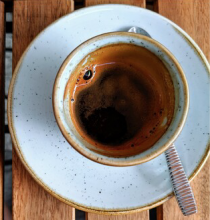