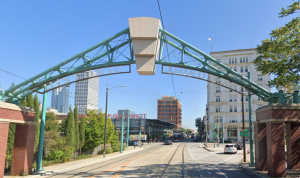 It was formed by territory that belonged to Maritiimi-Maxhestic before Reunision.

The Mitchell Building, the Capitol of the Province, is located in this Canton.

Las Înaltàns Maxhéstici is Canton with a lot of financial and artistic landmarks.

It borders in the west and south with the Manaweg (Milwaukee River). To the east it borders with Maritiimi-Maxhestic and to the North with Cüféir.

Between its most remarkable landmarks we can find:

Kids playing a game of pickleball under a highway.

The Province of Las Înaltàns Maxhéstici is known for its Cultural Centers, Theatres, Studios and Art Institutes.

The population has access to Pickleball, a sport usually not played under a highway.