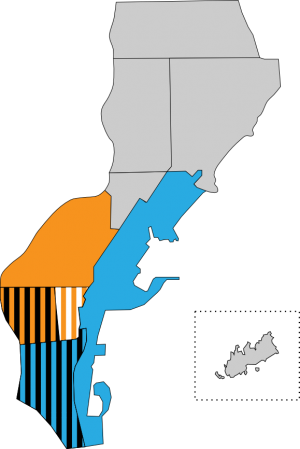 Reunision is the name given to the process by which the citizens of the Talossan Republic became citizens of the Kingdom of Talossa, ending the eight-year schism that began with the Crisis of 2004.

The process was initiated by the "modest proposal" sent by representatives of the Republic to the King and government of the Kingdom, indicating a willingness to dissolve the Republic should its citizens be accepted with minimal conditions as citizens of the Kingdom. The proposal received immediate and enthusiastic support from the Kingdom, and each party created a three-member commission to determine the details of the transition.

The term "reunision" was an unintentional coinage by Baron Hooligan during discussions among the commission members. These discussions centered on the question of the recognition of the dates of Talossanity for those persons entering the Talossan culture by joining the Republic during the schism, and on the creation of a new, eighth province (which became Fiovă) which would have as its initial population the reunisioning citizens.

Key dates in the process of Reunision were: