He is the current RUMP party leader and a former Assemblyperson for Maritiimi-Maxhestic. He has been Seneschal, MinFin, Chief of Staff, MinStuff, Deputy A-X, and Distain at various times. He was formerly also the editor of Beric'ht Talossan, the country's leading newspaper. 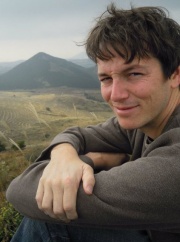