The Free Democrats of Talossa (Els Democrätici Livereschti da Talossa, FreeDems) are a Talossan political party formed by a merger of the ZRT and Liberal Congress parties, who had previously constituted the Free Democratic Alliance. At its formation, the party was the largest party in the Government, the second largest party in the 48th Cosa (with 47 seats) and counted 3 sitting Senators among its members. 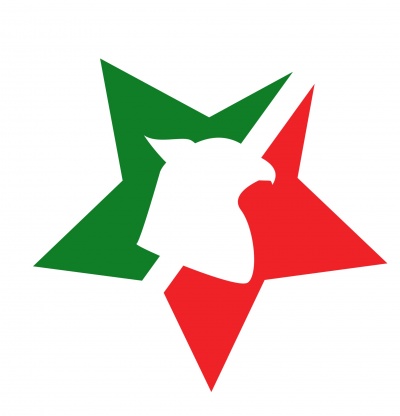 IV. Membership shall be open to all Talossan citizens. The Secretary of the Party shall be entitled, no more than once a year, to conduct a Census of all party members to make sure they still see themselves as Party members and that their contact details are up to date. Any member who does not respond to this Census within 30 days shall be deemed to have resigned from the Party.


V. The party and its internal policy making decisions will be open and chosen democratically by its membership by simple majority vote; a constitutional amendment will require a 2/3 majority. Once a vote has been called, members have 3 days to cast their vote.


VI. The party shall elect from its membership the following officers:
a. A President, who will serve as the party leader of the Free Democrats and shall be responsible for the distribution of seats in the Cosa.
b. A Secretary, who will be responsible for conducting elections in the party in addition to preparing important party documents for publishing, and providing the parliamentary party with any assistance it might need. The Secretary shall serve as the President in the event of a vacancy.
c. In addition, any province of Talossa which includes 3 or more party members shall be entitled to elect a Provincial Branch Chair. Such an election may take place at the Party Convention or at any other time.


VII.
a. The Provincial Branch Chair shall be responsible for the distribution of seats in provincial legislatures, taking into account advice from Free Democrats in the province under consideration. If there is no Provincial Branch Chair, or they do not complete this duty in time, the Party President shall perform this duty.
b. If the President is unavailable or resigns, the Secretary shall assume their duties until the next Convention. If the Secretary is unavailable or resigns, the President is empowered to appoint a new Secretary until the next Convention.

X.
a. The candidate list for Cosâ elections shall be drawn up by a committee of the Party Officers, and, if any member so requests, ratified by a secret-ballot vote of all members, carried out by the Party Secretary.
b. Candidates for Senäts elections shall be chosen by a vote of all members residing in the Province affected, and the successful candidate announced by the Provincial Branch Chair. With the consent of the Party President and Secretary, the PBC may choose to allow non-party members residing in the Province affected to participate in such a vote. In the case of a contested nomination, the vote shall be carried out by secret ballot.
c. In cases of emergency such as by-elections, resignations or impending deadlines so that no time is left to conduct a vote as above, the Party President and Secretary may amend the Cosâ list, and a Provincial Branch Chair may nominate a Senäts candidate.
d. If there is no PBC, the Party President shall perform the functions in (b) and (c) above.

A1. The Free Democrats support Talossan culture built by its citizens, not the Government. The Ministry of Culture should work with non-governmental organisations and provincial governments to build Talossa's "civil society" - ways to be Talossan outside of the Government, including language, research, sports and leisure. We will prevent government appropriation of private projects through nationalisation, but where possible provide government support for such projects which need it.

A2. 'N naziun sanc glheþ, c'è 'n naziun sanc coraziun. We believe the state should make, and promote, the widest possible use of the Talossan language.

A3. We support common sense legislation to ensure the rights of individuals to enjoy whatever cultural aspect of Talossa they wish are not hindered by laws limiting the free exercise of expression.

B1. Free Democrats support the enactment of the people's will as demonstrated in the Ranked Choice Referendum, that Talossa's King or other Head of State be a periodically elected position.

B2. A Ziu Commission of all parties to investigate reforms to the Ziu, including but not limited to the possibility of: a) Cosa and Senäts voting separately over laws; b) A "Real Cosa" with one member, one seat c) A unicameral MMP Real Ziu, with one MZ from each province and 7-12 extra seats from party lists.

B3. Slim down government: cut down on the number of departments, bureaus, and even Ministries. Shift as many functions as possible to the non-political Civil Service and Chancery. Repeal obsolete laws; reform ambiguous or unintelligble existing law.

B4. Judicial reform: a) Removal of Wisconsin law from El Lexhátx, and replacement of relevant sections with indigenous Talossan equivalents drafted with the input of top members of the Bar. DONE!
b) Investigate moving to an inquisitorial instead of an adversarial court system; and/or to a civil law rather than common law system.