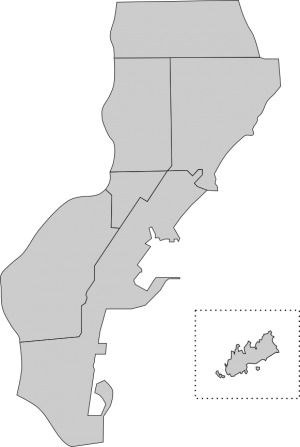 While Reunision had an immense impact on Talossa in numerous ways, the changes to the realm were limited in scope and carefully considered. The passage of the Proud Mary Act on May 23rd, 2012/XXXIII, reassigned the canton of Paliaçelia of Maricopa and a canton comprised of Port Maxhestic, west of North Lincoln Memorial Drive, of Maritiimi-Maxhestic to a new province of Fiovă, while compensating Maritiimi-Maxhestic for the loss of territory by also reassigning the Maricopan canton of Vilatx Freiric (Frédéricville) to Maritiimi-Maxhestic.