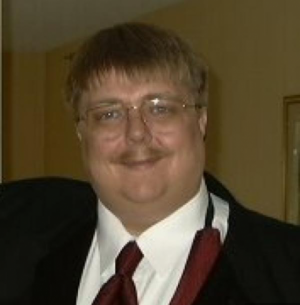 After joining Talossa, Istefan found himself sympathizing with the "peace" faction in the Penguinea controversy, and dropped out of participation in Talossa as a result. When faced with his possible third strike, he came back for a while, hoping the trouble was dead and buried; he also took part in the elections to the 30th Cosa, winning a seat for his one-man Talossan Imperial New Order Party (TINOP). However, the basic dynamic of Robert I-versus-"traitors" was now repeating with the Liberal Party, frustrating him again; this was not helped by debate between the King and Perþonest on matters of US politics. He withdrew from active contact with Talossan society, informing the SoS that he would not be voting for reasons of conscience.

Given the opportunity to actually participate in the building of a single united Kingdom of Talossa, Istefan made his presence known to the Kingdom, and then made various efforts to help contribute to Reunision, notably what came to be known as the Perþonest Plan. He also took over the University of Talossa (which had been created by an act he'd written as Distain in 1998/XIX), and became a Member of the Cosa for the Common Sense Party (later the Common Sense Progressive Party). After Reunision was legally complete, he turned his sights on stamps and coins, becoming Finance Minister for the 44th Cosa. He also became the Cunstaval of Fiova, a role he considers a logical continuation of his Reunision efforts.

For much of the 44th Cosa, he was Maestro of Benito, explicitly as a caretaker. His only significant act in that time was to create the position of Arvitier Prima of Benito, a factotum position for keeping the province operational. Subsequent Maestros have chosen Istefan as Arvitier Prima.

For the 45th Cosa, Istefan was an MC for the Independent Party, and was retained as Finance Minister for the RUMP-IND coalition government. During this Cosa, he added Burgermeister of Inland Revenue to his duties. In the 46th Cosa, he did not affiliate with a party and did not receive any seats in the Cosa (much like in the 44th), but was retained as Finance Minister by the new MRPT-ZRT-LPR coalition government. However, Perþonest resigned from the Cabinet over the Senate voting down a coinage bill; he would not return to active national politics again.