From TalossaWiki
(Redirected from Peter)
Jump to: navigation, search 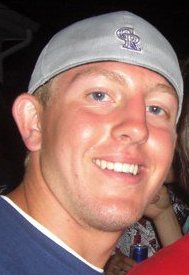 His Highness Prince Peter (Peter George Woolley, b. 13 May 1991) is King John's fourth son and youngest of five children. He is second in line to the throne of Talossa, after his elder brother Patrick. Prince Peter has been a citizen of Talossa since 31 January, 2012.

Peter is a student at the University of Northern Colorado. On 7 June 2013 he was commissioned a Second Lieutenant in the United States Marine Corps.