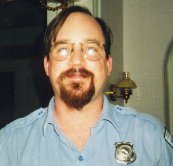 Xheralt Conâ (Gary Cone) was prominent in the early affairs of Talossa, best known for his role in the Cone Wars.

Cone was present at the very birth of the Kingdom of Talossa, on 26 December 1979. A life-long friend of King Robert I, he supported the King's concept of Worldwide Singular Secession.

As a non-Talossan citizen in 1980, Conâ nonetheless served as Talossa's Ambassador to the United States. Fired from the position by King Robert I over issues of religious confusion and extra-Talossan politics, Conâ declared the formation of the Glib Room Empire micronation, which began to feud with Talossa. A series of engagements known as the Cone Wars ensued later that year, resulting in the surrender of Conâ's Empire to the Kingdom of Talossa.

Reconciling with Robert after the Cone Wars, Conâ became a citizen of Talossa and of Vuode province on 1 July 1997. He affiliated with the opposition ZPT party. During his citizenship, he twice served as Seneschal.

Upon the resignation of Quedeir Castiglha after the formation of the Talossan Republic, regent Marcus Cantalour named Cone to form the government. Called "a figure of almost mythic proportions" by Robert I, Cone seemed to the King and his regent to be the ideal choice for Prime Minister at a time when Talossa needed to reconnect with its East Side Milwaukee heritage in the face of internet-related crises.

"I am under no illusions about how difficult this time will be," Cone told the nation in his first speech on 19 July, in the wake of the mass exodus. "My concern is to get the Kingdom back together. I regret that my inexperience will cause this process to go slower than it ought to, but I promise you all, it will be done. We will survive, we will flourish, we will prevail."

Cone oversaw the recovery from the loss of access to the Kingdom's internet content. Within weeks, the country had a new web domain, and the Internet forums of the nation had been re-established.

Although Cone took office with the blessing of the MN party, he was not a party member. Indeed, he was the first genuinely "independent" Prime Minister in Talossa's long history. At the 2004 TalossaFest, Cone presided over a historic Living Cosâ, held the weekend of 22 August 2004.

Cone renounced his own citizenship on 3 September 2005, in the weeks following the abdication of his friend, Robert I.