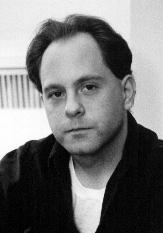 Count Danihel Roibeard Laurieir (Daniel Robert Lorentz, b. 20 August 1964) is a former Talossan citizen. The first person to become Talossan after his childhood friend, R. Ben Madison created the Kingdom, Laurieir's citizenship dates to June of 1981. His citizenship lapsed in 2016, at which point he had been the longest tenured Talossan citizen ever since Robert's 2005 renounciation.