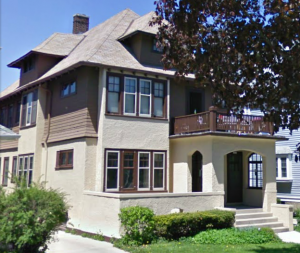 Gay House (Casa Aleretz) was the traditional residence of the Seneschal from the 18th until the 32nd Cosas, per Talossan statutory law 18RC44. During the 32nd Cosa, it was replaced by Kenwood House.

Located at 3035 Maryland Avenue in Benito Province, the house was the private residence of George and Evelyn Gay. Over the years, the house hosted many Living Cosas, Kingdom Anniversary Parties, and TalossaFests. By law, the official residence was to be only that, and no Prime Minister was legally allowed to reside in the house while the Gays held tenancy.