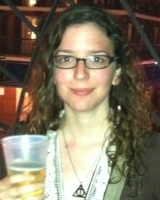 Da Chilseu became a citizen of Talossa on 28 November 2008 and is a citizen of Maritiimi-Maxhestic Province. She was named to serve as Distain by Seneschal Hooligan after the elections to the 44th Cosa returned the RUMP to power. On 12 December 2012 she succeeded to the office of Seneschal when Hooligan resigned from office.