Senate for the 50th Cosa

The Senate for the 50th Cosa consists of eight members. Six were returned from the previous Senate; Gödafrïeu Válcadác'h won the open race for the Fiovan seat, and after the elections, Florencia's Governor appointed Ma la Mha after the incumbent's resignations. Two of the four races were contested, but neither produced a particularly close result.

No further vacancies arose during the term, so only Florencia's special election was added to the normally scheduled races during the next General Elections. 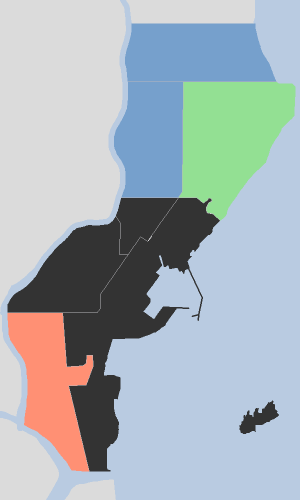 In addition to normally scheduled elections in Atatürk, Benito and Vuode, a special election was held in Fiôvâ to complete the remainder of Carlüs Xheráltescu's term. None of the seats changed hands except Fiôvâ's, which still remained under Free Democrat control.

In Atatürk, Sevastáin Pinátsch retained his seat and will therefore return to the Senate for a second term.

Shortly after the end of the General Election, Senator Pôl d'Aurìbuérg renounced his citizenship; Ma la Mha was appointed to the empty seat. His term would have ended in the next General Election anyway, so the election held concurrently to the 51st Cosa General Election will not be a special election. 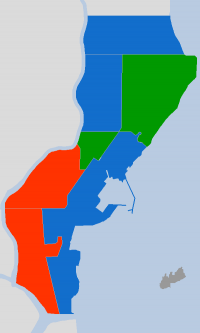 Partisan control of the 50th Senate by province.

The members of the Senate for the 50th Cosa, listed in the order of the scheduled expiration of their terms, are: