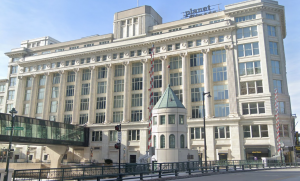 It was formed by territory that belonged to Maricopa before Reunision.

It is border to the south by Wisconsin Ave, to the north by Juneau Ave, to the West by the Milwaukee River and to the east by Maritiimi-Maxhestic (N Jackson St).

It is said to be 118 acres in extension. It is the 10th largest Canton in Talossa.

Cüféir borders to the north by the E Juneau Ave (Maricopa), to the east by the N Van Buren St (Maritiimi-Maxhestic) and to the South by the E Wisconsin Ave Las Înaltàns Maxhéstici.

Some of the landmarks of Cüféir are: