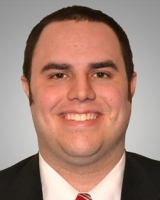 Daniel Teziun (Daniel Rovito, b. 1 February 1985) is the former head of the Bureau of Social Publicity Administration and Management (SPAM) within the Ministry of Stuff. Teziun held the post of Minister of Stuff before requesting to head the new department upon the installation of the government elected to serve for the 44th Cosa.

Teziun became a Talossan citizen on 12 March 2012. A citizen of Atatürk Province, Teziun resides in Golden, Colorado in the United States.