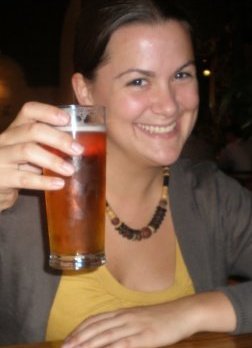 Dame Erschéveþ (Litz) Cjantscheir LL.B, LL.M, ChRTB, UrN (Elizabeth "Lilly" Naylor, b. 24 October 1985), is a citizen of Talossa and of the province of Cézembre. She served two Cosas as Prime Minister, and is currently Chancellor of the Royal Talossan Bar.

A citizen of Talossa since 25 April 2010/XXXI, Cjantscheir was appointed Prime Minister by King John on the recommendation of the RUMP after that party prevailed in the elections for the 42nd Cosa. Before taking office, S:da Cjantscheir entered into the Chancellorship of the Royal Talossan Bar, and served with distinction in the 41st Cosa.

The major goals set for Seneschal Cjantscheir's administration were judicial reform and an increase in ministerial activity. These goals were actively worked, but her second term was dominated by the unexpected "modest proposal" delivered to the King and government of the Kingdom by the Talossan Republic. This proposal, arriving on the first day of the second Clark of the 43rd Cosa, pushed all other business aside, and the government concentrated on the process that became known as Reunision, culminating with the grants of citizenship to the former Republicans on 20 April 2012 and the creation of the province of Fiôvâ on 1 June, the first day of the final Clark of the Cosa, and three weeks before the conclusion of her term.

Litz Cjantscheir, was born the 24th October 1985/VI, in King's College Hospital, London to her parents, Bernard and Catherine Naylor. She has one brother Christopher (Chris) Naylor and currently lives about five miles from her family home in London, UK.

Cjantscheir graduated from the University of Greenwich with a LL.B (Hons) in Law and is currently working for a large legal firm in the UK. She has two cats and one dog and is happily unmarried.