King Robert I (Robert Ben Madison, born 2 July 1965), also known as King Ben, is Talossa's founder and first monarch. He is responsible for many of the key cultural artifacts and historical events in Talossa, such as the creation of the Talossan language and the design of the national flag and national coat of arms. 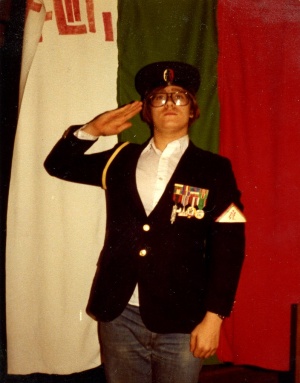