Senate for the 48th Cosa

The Senate for the 48th Cosa consists of eight members. 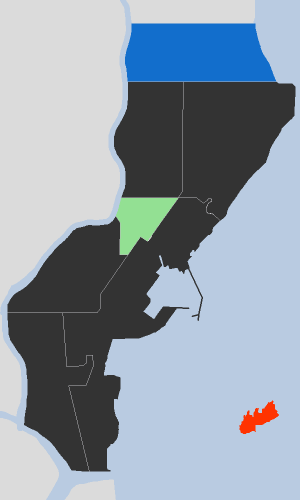 Elections to the Atatürkish, Cézembrean and Florencian seats were held. This is the latest election to date in which an incumbent has been unseated - Bradley Holmes in Atatürk; likewise, before the elections to the Senate for the 51st Cosa this was the last election in which more than one seat changed hands between parties.

Sevastáin Pinátsch took the Atatürk Senate seat from rival Bradley Holmes. He will serve his first term in the Senate.

Despite being the only candidate on the ballot, Pôl d'Aurìbuérg only narrowly defeated a write-in campaign by Prince Patrick in Florencia for a second term. 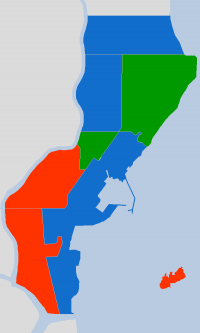 Partisan control of the 48th Senate by province.

The members of the Senate for the 48th Cosa, listed in the order of the scheduled expiration of their terms, are: 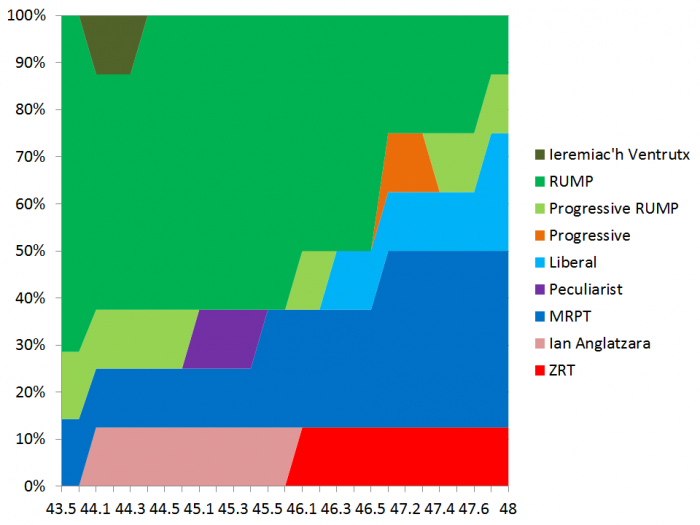