Senate for the 46th Cosa

The Senate for the 46th Cosa consists of eight members. 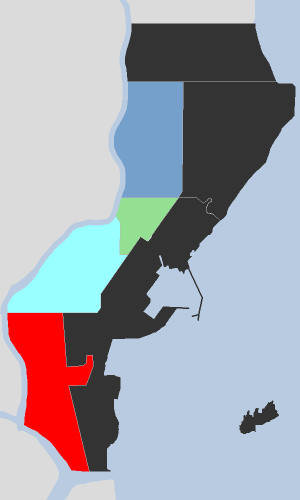 In addition to normally scheduled elections in Florencia, Maricopa and Fiôvâ, a special election was held in Benito for the remainder of former Senator Iason Taiwos's term.

Interim Independent Senator Tric'hard Carschaleir joined the MRPT and won the race for the seat of Benito without on-ballot opposition. He will complete the last third of the term of Iason Taiwos.

In an election conducted by the provincial Chancery and criticised for the failure of the provincial Secretary of State to duly inform the voters about the contest, Miestrâ Schivâ was elected to fill Ián Anglatzarâ's old seat defeating Dieter Vercáriâ by four votes to two.

Munditenens Tresplet won a closer race against Béneditsch Ardpresteir for the seat in Maricopa. He switched to the Liberal Congress shortly after the vote. 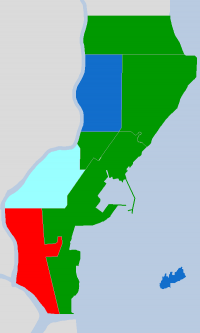 Partisan control of the 46th Senate by province.

The members of the Senate for the 46th Cosa, listed in the order of the scheduled expiration of their terms, are: